Due to the Catalan government’s decision to cancel all cultural events until mid-November 2020 due to the coronavirus pandemic, the recital with Anne Schwanewilms and Jonathan Ware scheduled for 2 November 2020, unfortunately also has to be cancelled. The concert would have been Anne Schwanewilms’ debut at the Vittoria de los Angeles Lied Festival, but it will be made up for at a later date.

„Anne Schwanewilms possesses the elegance and attitude of the sopranos who are great Marschallins, she sang with delicate and perfectly nuanced lines.“

On 1 and 2 October 2020 Anne Schwanewilms will be a guest at the opening concert of the Bilbao Orkestra Sinfonikoa. Richard Wagner’s wonderful „Wesendonck-Lieder“ are on the program, conducted by Erik Nielsen who is principal conductor of the Basque orchestra, which has been founded 100 years ago. Performances: 1 and 2 October 2020, 19.30, Palacio Euskalduna, Bilbao

Concert of the Rundfunk-Sinfonieorchester Berlin, 5 September 2020

“The magnificent Anne Schwanewilms sings the scenes of Marie with a clear, high secure soprano and puts in her singing, in addition to magnificent top notes, much of the character of this torn figure.”

„A highlight of the evening – the Three Fragments for Voice and Orchestra from Alban Berg’s opera ‚Wozzeck‘. A work in which the composer has shaped the social turmoils at the turn of the 19th and 20th centuries with musical urgency. The soprano Anne Schwanewilms impressively succeeded in lending credibility with great intensity to Marie, the opera’s female protagonist, who is suffering from the social abysses.“ 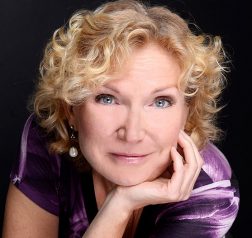 The concert with Anne Schwanewilms scheduled for 21 June 2020 with the Orquestra Metropolitana de Lisboa under the direction of Pedro Amaral will takes place on 20 September. The programme has been changed: instead of the „Rückert Lieder“ Gustav Mahler’s 4 Symphony will be performed.

Rai 5 streams „Elektra“ from the Teatro alla Scala in Milan

In cooperation with Rai 5, Milan‘s La Scala is once again showing a series of productions from its opera archive this week. On 8 May 2020 at 17.30 pm Rai 5 presents Richard Strauss’ „Elektra“ with Anne Schwanewilms as Chrysothemis. Deborah Polaski sings the titel role, the musical direction lays in the hands of Semyon Bychkov. Friday, 8 May 2020, 5.30 pm

On 5 September 2020 Anne Schwanewilms returns to the Music Festival Berlin. She will perform the soprano part of Alban Berg’s „Drei Fragmente aus der Oper ‚Wozzeck‘“ with the Rundfunk-Sinfonieorchester Berlin, conducted by Vladimir Jurowski. The concert program will also include Anton Webern’s „Fünf Stücke für Orchester“ and Alfred Schnittke’s „Concerto grosso“ No. 4 as well as his Symphony No. 5. Concert: September 5, 2020, 7 p.m

„The title role was played by the great Anne Schwanewilms. For the vocal parts, she used her soft, light-hearted soprano as we know her. With much self-irony she masters the tightrope walk between dignity and embarrassment with a great stage presence.“

„Anne Schwanewilms surprised in the title role as Grand Duchess. Musically unchallengeable – whether powerful or affectionate, she shone everywhere unerringly with her bright, vital soprano.“

„Anne Schwanewilms in a red-golden uniform with pink accents, Marlene hairstyle and visor cap sings a man-crazy vamp, who can barely keep her eyes and hands off the object of desire. (…) Schwanewilms and von Bennigsen unfold a broad spectrum of singing, from seductively tender to characterizing, especially in the ensembles, full of energy.“

„Anne Schwanewilms, who has made a name for herself worldwide as one of the most important interpreters of the works of Richard Strauss, Richard Wagner and Gustav Mahler, slips here into the role of the Grand Duchess, a spoiled not-so-young lady who loves strapping soldiers in smart uniforms, but since her country is far too insignificant for warlike conflicts, she likes to „attack“ elsewhere – in red silk uniform. At the Semper Opera she could be seen as Arabella, Chrysotemis („Elektra“) and Marschallin („Der Rosenkavalier“), now she is here on her way in a completely different direction to open up a new role in which she can show a completely different side of her singing and acting skills. „Wagner and Strauss exclude light music like operettas“, she says, and „if you have an affinity to Wagner and Strauss, Offenbach means real work“. „It is a long, long way to go …“, but if she continues along this long path, she could even become the incarnation of this role. Her stately stage presence as a youthfully mature, blonde-curled woman, her appearance and charisma, and not least her voice, which left nothing to be desired in the heights, enable her straight to do so. Admittedly, she was still a bit reserved now, because after all she was entering „new territory“ (…). A softly sung tone disturbed less than a „slipped down“ one. But she should have enough personality and potential to get into this role and make it one of her signature roles.